From Tuesday to Friday from 4 to 9pm. Saturdays, Sundays and Labor days from 11am to 9pm
Monday, closed

Forty B/N photographs that trace the journey of five friends from Cincinnati who one day decided they wanted to break away from the status quo: the rock band The National

It's been more than two decades since Scottish photographer Graham MacIndoe met a group of musicians and graphic designers in New York who had formed a rock 'n' roll band at a time when all the young people in the Big Apple were forming bands of all kinds. They called themselves The National. This band is now one of the best known musical groups in the world. They headline festivals, fill venues that once seemed reserved for the great monsters of the musical universe, are loved by music lovers around the world and adored by critics. 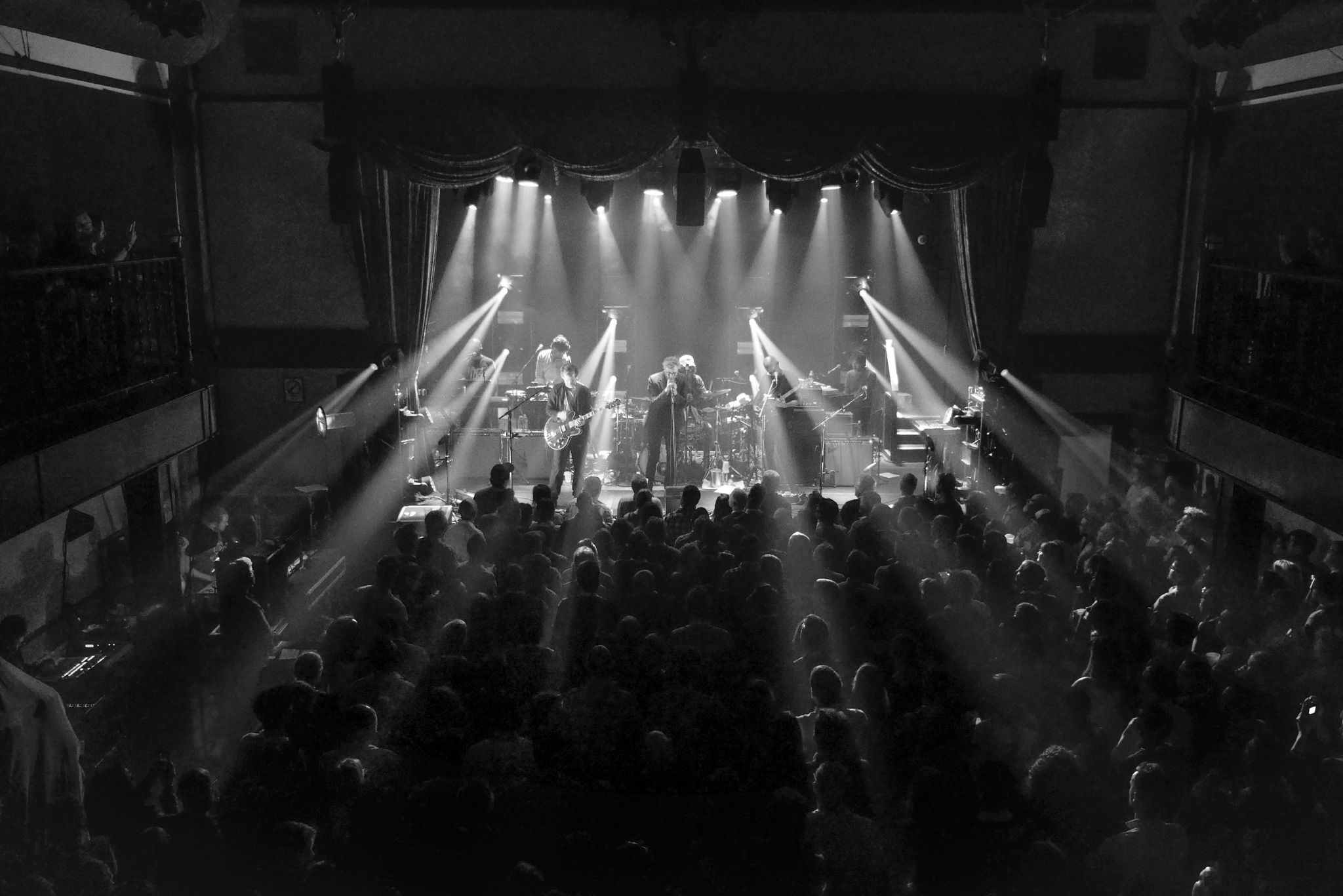 In Light Years, Graham MacIndoe presents the most ambitious look ever taken at one of those bands that transcends time and space: twenty years of photos in which the most powerful indie band of the 21st century bares its music, laughs, dances and plays in front of thousands of fans. Forty black and white photographs that trace the path of five friends from Cincinnati who one day decided they wanted to break away from the usual. In MacIndoe's photos you can feel the enormous heartbeat of the band, the sweat of the fans and the passion that unites them. An unpublished exhibition, which can be seen for the first time and exclusively in Madrid, conceived to honor those who love music and those who immortalize it.

Scottish photographer Graham MacIndoe was born in Edinburgh, was a student of painting and later graduated in photography at the Royal Art College in London. An associate professor at Parsons School of Design, he has exhibited his work at the National Gallery of Scotland, MoMA in New York and the Victoria & Albert Museum in London, among others. His photographs have been published in The New York Times, The Guardian, New York Magazine, Financial Times, Harper's Bazaar, Rolling Stone, i-D or Vice, among other publications. A tireless fighter for social rights, his project Exile, about families divided by deportation, as well as Beyond Addiction, where he recounts his own journey from addiction to full recovery, are considered iconic works in the field of American photography. MacIndoe has followed The National around the world and his photographs of the band now belong to the collective musical unconscious of the 21st century. With the Support of
https://dimad.org/